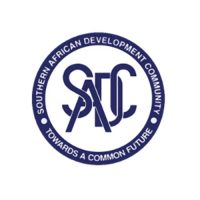 The Southern African Development Coordinating Conference (SADCC), established on April 1, 1980 gave birth to the Southern African Development Community (SADC). Actually, the SADCC was transformed into the SADC on August 17, 1992 in Windhoek, Namibia where the SADC Treaty was adopted and SADC established as a cooperative umbrella among Member States – from a loose SADCC  association into a legally binding SADC arrangement. The main objectives of SADC according to Article 5 of the SADC 1992 Treaty are: (a) to achieve development, peace and security, and economic growth, (b) to alleviate poverty and enhance the standard and quality of life of the peoples of Southern Africa, and (c) to support the socially disadvantaged through regional integration, built on democratic principles and equitable and sustainable development, (d) develop and advance common political values, systems and institutions, (e) to promote self-sustaining development on the basis of collective self-reliance, and the inter-dependence of Member States, (f) to promote and achieve complimentary relationship between national and regional strategies and programs, (g) to promote and achieve environmental protection and effective sustainability and utilization of natural resources, (h) maximization and promotion of gainful employment and utilization of resources of the region, and (i) consolidate and strengthen ancient links, historical, social, and cultural affinities among the people of the region. The member states of SADC are: Angola, Botswana, Comoros, Democratic Republic of Congo, Eswatini, Lesotho, Madagascar, Malawi, Mauritius, Mozambique, Namibia, Seychelles, South Africa, United Republic of Tanzania, Zambia, and Zimbabwe. Southern African Development Community :: Member States (sadc.int)

According to SADC website, Article 5 of the Treaty (as amended, 2009), as well as in the Review of Operations of SADC Institutions and consists of the policies and strategies of the organization. The Southern African Development Community (SADC) Common Agenda refers to a set of key principles and values that guide the Regional Integration agenda and are as follows: Southern African Development Community :: SADC Common Agenda

Secure international understanding, cooperation and support, and mobilize the inflow of public and private resources into the region.