There is a local adage in some parts of Africa that “the rat inside or the home rat is always the one that invites the foreign rat to come inside for a meal.” It has come to be widely accepted that slavery, for example, prevailed on the African continent before the arrival of the Europeans, and this indigenous slavery facilitated the rise and progress of the Atlantic slave. It is not an unfamiliar situation in many African countries, even giant countries today that the ruling class or the “chiefs” joined hands with the Europeans and Americans and Asians to exploit their citizens. This was the situation way back in the 1400s – during when domestic slaves and masters’ household was practiced – when disprivileged individuals labored under coercion – all of these paved way for the forfeiture of territory, population, and sovereignty and the Europeans took advantage. Everything you see in European nations came from Africa and even more today. But it’s difficult to blame them because it is a common practice that anything unprotected can be stolen. Anything unprotected can be destroyed. People scrambled for unprotected riches.

The Partition of Africa 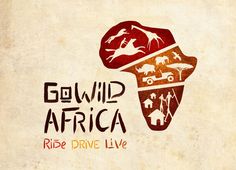 The desire to partition and claim territories without being financially or legally responsible for governing it was a very attractive proposition for European states in the 1880s. The root of this peculiar and ultimately ephemeral and legal institution emerged in Southeast Asia in the 1830s. James Brooke, a British officer who served the sultan of Brunei on Borneo Island, established his own Sarawak Kingdom backed by the British government in 1846. Brooke’s kingdom never could have emerged without the intervention of the British navy, but Brooke managed to persuade European governments that Sarawak was indeed a sovereign state – Steven Press 2017.

On November 15, 1884, an International Conference was convened in Berlin with every nation in Europe in attendance, except Switzerland. No African State was represented. Initially, the conmen deceptive posture was that Europe’s presence in Africa was temporary and disinterested, that the development of prosperous African societies meant closer commercial attachment, but political divorce, between Africa and Europe. Before they knew it, the partitioning commenced: French had occupied the Senegal coast; the British posts on the Gambia River and the Gold Coast and including the anti-slavery haven of Sierra Leone and through to the port of Lagos. For its part, France extended authority far along the course of the Senegal during the administration of Faidherbe while expansionism of Napoleon III pressed the conquest  and occupation of Algeria under the reigns of Charles X and Louis Philippe. Portugal maintained its holding on the Guinea coast, along with Angola and Mozambique. Meanwhile, Sir George Goldie Taubman sought and obtained a charter in 1886, giving him not only a commercial monopoly but political authority over the Niger territory, including Nigeria. Historically, he played a major role in the founding of Nigeria.

While De Brazza consolidated French claims Gabon territory, including the north bank of Congo by treaty making, Leopold I of Belgium implemented his plan and claim as proposed during Berlin conference: control over the huge Congo Basin even though Leopold hegemony was contested by the 1860s eastern settlers – Arab traders and the Katanga. Leopold was unable to establish de facto authority farther than Bangala near the top of the Congo bend. It must be noted that French expansionism made them master of vast stretches of West Africa and architect of an east-west axis, pursued a design to challenge Britain’s design from the Cape to Cairo. Pursued with great interest by French officers in Sudan with a strategy to link the valleys of the Senegal and Niger rivers, in an effort to connect these areas with France’s North African centers in Algeria and Tunisia – a further push to eastward to Lake Chad region where French interests aimed northward from de Brazza’s Congo, to press on to Djibouti on the Red Sea – a maneuvered strategy to sever Britain’s north-south line – to loosen its hold on Egypt. Remember, the Berlin Conference was preceded by the reluctant British intrusion into Egypt in 1882 – a temporary occupation that dragged on in varying form until after the Second World War (WWII).

Even though the scramblers were at each other’s throat, the Berlin Conference accelerated the partitioning of Africa. During the partitioning, African people were dumb-founded  and were little able to check the tidal wave of foreign control  that swept across their continent. Although there were some ‘traditional Chiefs’ who felt that their sovereignty was threatened and approached the Europeans, many others actually compromised their authority – something similar today amongst some African political elites – just a replication of the past. Please listen to this.

After Germany’s defeat in World War II, Europe lay tatters. Millions of refugees were dispersed across the continent. Food and fuel were scarce. Britain was bankrupt, and Germany had been reduced to rubble. The defeat set the context for everything that followed, but the process of rebuilding Europe and the world had already begun. Europe, as a matter of fact, was confronted by a mass of starving people. Out there in Germany, the city of Berlin was prostrate, nearly half of its building, apartment houses, churches, museums, department stores, schools flattened or badly damaged…a million and a half of its 4.3 million prewar inhabitants had either perished or fled. It’s houses of culture, too, had been wiped out. Only about twenty out of the city’s four hundred cinemas survived the sustained Allied bombings and fierce house-to-house combat waged between the remnants of the Wehrmacht and the Red Army in the final battle of the European theater. It was called Berlin Year Zero. It was footage of mountains of rubble all around Berlin. Any family fortunate enough to occupy an inhabitable apartment was obliged to share it with at least one or two other families. It was a survival of the fittest kind of situation in many European states, especially Germany and Great Britain: the end of World War II and the remaking of Europe. Remember, Italian dissatisfaction with the Versailles Treaty and how they attacked Southeastern France in 1940, invaded Greece in 1941, and launched a major offensive against the British positions in North Africa; all three had led to costly military commitments for Britain. British Prime Minister Winston Churchill was seriously frustrated with Italy. In all of these the United States played the role of a middle man: the United States of America was top in the Middle of decision for the unification of Germany and the peaceful coexistence of eastern and western Germany. Likewise, the U.S. protected Africa throughout the struggle to decolonized the continent. The United States of America and American people have been very kind to us, especially during anti-colonial struggle; they are not as arrogant as the English or British, but very persevering in all their ways and they see the things that belong to others without bitterness or regret. But one thing we must know about America – Americans do not respect weak people and beggars and people who cannot replicate their lifestyle and people who cannot struggle to lift themselves and their people out of poverty. When American people see a new trail, or a footprint they do not know, they follow it to the point of knowing. The time is now to say farewell to the swift…the end of endless slavery and colonialism and suffering to the beginning of survival and living. If we wait for the moonlight, we likely going to go in darkness.