The African Union (AU) is a continental body consisting of the 55 member states that make up the countries of the African Continent. It was officially launched in 2002 as a successor to the Organisation of African Unity (OAU, 1963-1999).

“…freedom, equality, justice and dignity are essential objectives for the achievement of the legitimate aspirations of the African peoples…” 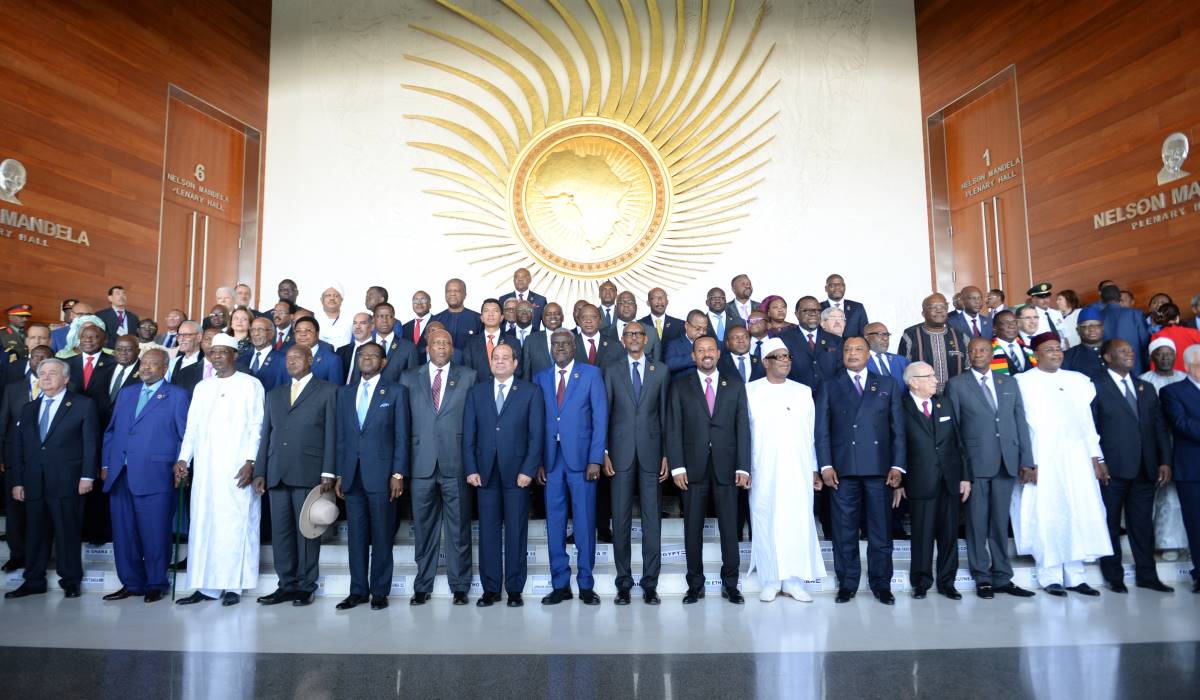 In May 1963, 32 Heads of independent African States met in Addis Ababa Ethiopia to sign the Charter creating Africa’s first post-independence continental institution, The Organisation of African Unity (OAU). The OAU was the manifestation of the pan-African vision for an Africa that was united, free and in control of its own destiny and this was solemnised in the OAU Charter in which the founding fathers recognised that freedom, equality, justice and dignity were essential objectives for the achievement of the legitimate aspirations of the African peoples and that there was a need to promote understanding among Africa’s peoples and foster cooperation among African states in response to the aspirations of Africans for brother-hood and solidarity, in a larger unity transcending ethnic and national

Differences. The guiding philosophy was that of Pan-Africanism which centred on African socialism and promoted African unity, the communal characteristic and practices of African communities, and a drive to embrace Africa’s culture and common heritage

The main objectives of the OAU were to rid the continent of the remaining vestiges of colonisation and apartheid; to promote unity and solidarity amongst African States; to coordinate and intensify cooperation for development; to safeguard the sovereignty and territorial integrity of Member States and to promote international cooperation. The OAU Charter spelled out the purpose of the Organisation namely:

Through the OAU Coordinating Committee for the Liberation of Africa, the Continent worked and spoke as one with undivided determination in forging an international consensus in support of the liberation struggle and the fight against apartheid. The OAU had provided an effective forum that enabled all Member States to adopt coordinated positions on matters of common concern to the continent in international fora and defend the interests of Africa effectively.

On 9.9.1999, the Heads of State and Government of the Organisation of African Unity (OAU) issued the Sirte Declaration calling for the establishment of an African Union, with a view, to accelerating the process of integration in the continent to enable Africa to play its rightful role in the global economy while addressing multifaceted social, economic and political problems compounded as they were by certain negative aspects of globalisation.

The launch of the African Union

The African Union (AU) was officially launched in July 2002 in Durban, South Africa, following a decision in September 1999 by its predecessor, the OAU to create a new continental organisation to build on its work. The decision to re-launch Africa’s pan-African organisation was the outcome of a consensus by African leaders that in order to realise Africa’s potential, there was a need to refocus attention from the fight for decolonisation and ridding the continent of apartheid, which had been the focus of the OAU, towards increased cooperation and integration of African states to drive Africa’s growth and economic development.

The AU is guided by its vision of “An Integrated, Prosperous and Peaceful Africa, driven by its own citizens and representing a dynamic force in the global arena.”

The work of the AU is implemented through several principal decision making organs:- The Assembly of Heads of State and Government, the Executive Council, the Permanent Representatives Committee (PRC), Specialised Technical Committees (STCs), the Peace and Security Council and The African Union Commission. The AU structure promotes participation of African citizens and civil society through the Pan-African Parliament and the Economic, Social & Cultural Council (ECOSOCC).

Organs that handle judicial and legal matters as well as human rights issues include:- African Commission on Human and Peoples’ Rights (ACHPR), African Court on Human and Peoples’ Rights (AfCHPR), AU Commission on International Law (AUCIL), AU Advisory Board on Corruption (AUABC) and the African Committee of Experts on the Rights and Welfare of the Child. The AU is also working towards the establishment of continental financial institutions (The African Central Bank, The African Investment Bank and the African Monetary Fund)

The Regional Economic Communities (RECs) and the African Peer Review Mechanism are also key bodies that that constitute the structure of the African Union.

To ensure the realisation of its objectives and the attainment of the Pan African Vision of an integrated, prosperous and peaceful Africa, Agenda 2063 was developed as a strategic framework for Africa’s long term socio-economic and integrative transformation. Agenda 2063 calls for greater collaboration and support for African led initiatives to ensure the achievement of the aspirations of African people.