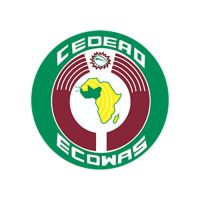 The Economic Community of West African States, also known as ECOWAS was established on May 28, 1975, with the signing of the Treaty of Lagos. The primary mission was to promote economic integration across the sub-Saharan region. ECOWAS member countries are Benin, Burkina Faso, Cape Verde, Cote d’ Ivoire, The Gambia, Ghana, Guinea, Guinea Bissau, Liberia, Mali, Niger, Nigeria, Sierra Leone, Senegal and Togo. The stated goal of ECOWAS is to advance to achieve economic integration and cooperation as a single large trading union for collective self-sufficiency for its member states. ECOWAS emphasizes good governance based on the principles of democracy and the rule of law even though its operates three co-official languages – English, French, and Portuguese with two major institutions for policy implementation: the ECOWAS Commission and the ECOWAS Bank for Investment and Development (EBID). ECOWAS vision is the creation of a borderless and integrated region where the population enjoys free movement, have access to efficient education and health systems and engage in economic and commercial activities while living in dignity in an atmosphere of peace and security.

To strengthen and support a healthy and peaceful movement of citizens from one country to another, ECOWAS establishes ECOWAS Community Court of Justice, Community Parliament, West African Health Organization (WAHO) and the Inter-Governmental Action Group against Money Laundering and Terrorism Financing in West Africa (GIABA). Activities of economic integration for ECOWAS member states revolve around but are not limited to industry, transport, telecommunications, energy, agriculture, natural resources, commerce, monetary and financial issues, social as well as cultural matters. The ECOWAS serves as a peacekeeping force in the region, occasionally sending joint military forces to troubled nations to intervene in political instability or civil war. Going by current assessments, the regional body has exceeded the expectations of its founding fathers. Today, the organization is being acknowledged globally as a successful regional body, a toast to a workable integration and regional co-existence. Visit ECOWAS Website: Basic information | Economic Community of West African States(ECOWAS)