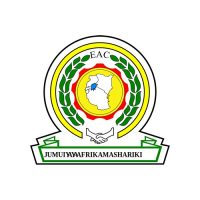 The work of the EAC is guided by its Treaty which established the Community. It was signed on 30 November 1999 and entered into force on 7 July 2000 following its ratification by the original three Partner States – Kenya, Tanzania and Uganda. The Republic of Rwanda and the Republic of Burundi acceded to the EAC Treaty on 18 June 2007 and became full Members of the Community with effect from 1 July 2007. The Republic of South Sudan acceded to the Treaty on 15 April 2016 and become a full Member on 15 August 2016. Today, the East African Community (EAC) has six (6) Partner States, comprising Burundi, Kenya, Rwanda, South Sudan, Tanzania and Uganda, with its headquarters in Arusha, Tanzania. It is structured into seven main organs: (a) The Summit, (b) The Council of Ministers, (c) The Coordinating Committees, (d) Sectorial Committees, (e) The East African Court of Justice, (f) The East African Legislative Assembly, (g) The Secretariat. At the head of the EAC is the Summit. The Secretary-General is appointed by the Summit upon nomination by the relevant Head of State under the principle of rotation. The mission of the Community is to widen and deepen economic, political, social and cultural integration in order to improve the quality of life of the people of East Africa through increased competitiveness, value added production, trade and investments.

According to EAC website: The Community has a number of semi-autonomous institutions that help it implement its mandate. These EAC institutions include: