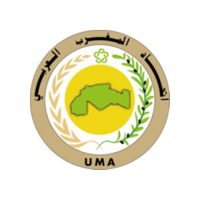 The Arab Maghreb Union (AMU) is a union of the following five North African countries: Libya, Tunisia, Algeria, Morocco, and Mauritania with the aim of representing the region’s economic interests, promote economic and cultural cooperation, and cultivate mutual commercial exchanges in order to foster economic and political integration and the creation of a North African Common Market. The Union was established on February 17, 1989 when the treaty was signed by the member states in Marrakech. The main objectives of the AMU treaty are to strengthen all ties among member states in order to ensure regional stability and enhance policy coordination, as well as to gradually introduce free circulation of goods, services, and factors of production among member states. Actually, the initial idea of the AMU originated after the First World War when a few nationalists from Algeria, Morocco, and Tunisia proposed the formation of a federal Maghreb union in order to challenge and combat French rule in the region. Morocco and Tunisia independence in 1956 and Algeria in 1962 after Algerian War of Independence from 1954 to 1962 stimulated and motivated effort towards regional cooperation.

In October 1964, the three countries together with Libya established what was called Permanent Consultative Committee of the Maghreb (CPCM). Although Mauritania came onboard in 1975, the twelve-year conflict between Algeria and Morocco over Western Sahara disrupted the advancement of the CPCM. In 1988, the conflict was resolved and the two countries agreed to revitalize diplomatic relations. The 2009 meeting of the FIVE in Algeria brought a new discussion on the formation of a new organization which resulted in the signing of the Treaty that established the Arab Maghreb Union (AMU) and Solemn Declaration on the establishment of the WBU and the Union’s Work Program. The Secretariat is situated in Rabat, Morocco, headed by a Secretary-General with four specialized commissions within AMU framework: economy and finance; food security; human resources; and infrastructure. A Court of the Arab Maghreb Union was instituted to interpret the provisions of the Treaty and manage issues resolutions that may arise in the course of Treaty implementation.